How To Raise Kids Who Aren’t Afraid Of Failure 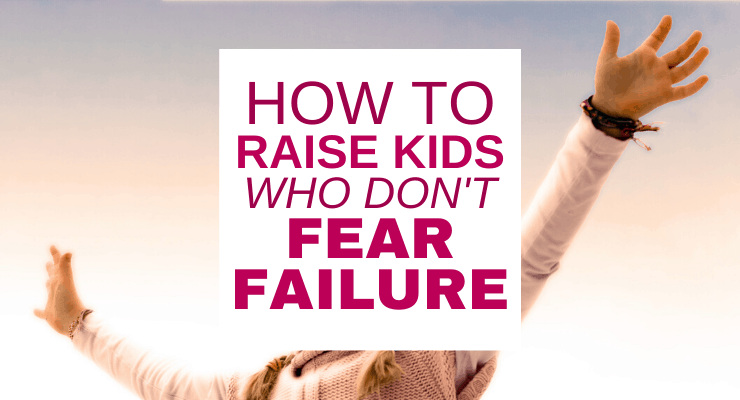 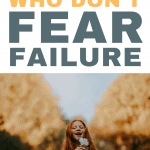 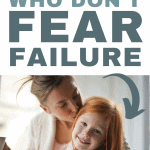 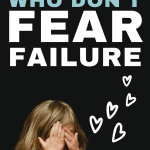 Inside: Need to help your child deal with fear of failure? Want to raise confident kids who know how to learn from their mistakes? These powerful parenting tips will help you unlock your child’s hidden confidence and teach them to overcome their fears.

Today’s post is from Kelsey at Mama’s Mornings. I love her practical truths for raising confident kids who aren’t afraid to fail. Read on for more of Kelsey’s wisdom. I know you’ll be encouraged to help your child deal with the fear of failure!

There he was, my almost 3 year-old little man, my first born child, running through our neighbor’s yard while chasing his 7 and 8 year old friends through the grass.

I watched as he clumsily ran through the lawn, wearing his Greatest Showman jacket and top hat – tripping over his lime green flip flops.

Crash! He was face first on the ground, top hat rolling down the hill.

“Run, run, run away from Andrew!” they yelled to each other.

He hopped back up and ran again.

“Run away from Andrew!”

He tripped again, face in the dirt.

My heart ached a little. I wanted to run to him, squeeze his little body close to mine, tell him that I loved him.

I wanted to explain to those kids how much my son looked up to them, and how much he just wanted to be like them. How much their little game might be hurting his little heart.

My heart ached for my child. But I just stood there…and watched.

As parents, we want our kids to succeed. We want to see them happy and healthy, and we want them to thrive in whatever they do.

We don’t want to see her crying behind the school gym because she embarrassed herself.

We don’t want to see him lying on the ground, blood gushing out of his knee, because he was trying to ride his bike without training wheels.

We don’t want to see her peers pointing and laughing as she clumsily trips over a ball during her first soccer game.

But, in reality, if you want your kids to be confident, full of life, and successful, they will have to fail.

If you want to see them chase their dreams, they are going to run into a wall a time or two.

As their mama, sometimes the best thing that you can do is sit back and watch. We should want, and encourage, our kids to fail because:

But practically, how do you do that? How do you encourage failure, especially in a world that puts a premium on triumph and achievement? How do you raise kids who aren’t afraid of failure?

Here are some practical tips:

Your instinct is to keep them safe – to keep them from pain. But encasing her in bubble wrap is not helping her learn how to deal with the difficulties that life will inevitably toss her way.

It is OK if she gets a scraped elbow or a bloody nose or a banged up knee.

Step back and let your son climb that climbing wall at the playground. Watch her as she jumps across rocks in the stream. Let him balance on that railing.

Of course you need to be there – ensuring that there is no real danger – but let them explore their surroundings and test their own bodies.

When they do get hurt, let them get right back up and try again. Emphasize the effort and the bravery that went into the attempt – don’t dwell on the resulting injury.

#2: Tell Them it is OK to Fail and Make Mistakes

Talk about the fact that they will make mistakes, that there are some things they aren’t going to do well — and that is OK.

Tell them about times you failed, messed up, and embarrassed yourself. Tell them what came out of the failure and how you learned from it.

If you have a child who is always seeking perfection (you know…the Type A’s), it might actually help if you “set them up” to fail–so that you can help them respond to a hard situation with grace and then encourage them to try again.  This could be playing a board game with them that is above their competence level.  Or encouraging them to attempt a new hobby or skill.

#3: Focus on the Effort, Not the Outcome

My son and I were recently working through one of his activity books, when we came to an activity that asked him to sketch a person underneath an already drawn umbrella.

And he went for it.

Did it look like a human body? No, not really. And it didn’t matter to him because I enthusiastically praised him for his effort and the fact that he tried something he didn’t think he could do.

Teach them that it is the effort that is important, not the result of a botched attempt.

If your child is school-aged, stop asking them about their grades. Instead, ask them about what they are learning. Talk to them about how much effort they put into studying their spelling words, or ask them if they did their best on the counting exercise.

Our American school system has put such an emphasis on grades and outcomes, without recognizing and acknowledging the effort.  As a culture, we have forgotten that failure can help build character in our children and foster the ability to persevere in difficult circumstances.

Your child might not thrive in the classroom, and that is OK. Don’t make them feel bad about that. If they are putting in the effort and learning something along the way, that is success.

Whether it is between siblings, friends, or other neighborhood kids, never compare or judge your child based on someone else. As soon as they feel like you are, your kiddo will feel that they have failed in some way.

It’s easy to do this with siblings — to compare one’s effort or ability with another. But this is a destructive habit that we moms can get into far too easily. We have to stop it – it’s hurting our kids.

#6: Walk Through “The Worst That Could Happen” Scenario

If you see that your kid is afraid of messing up, stop them and ask:

“What’s the worst that could happen? If you totally blow it, what is the worst possible outcome?”

“They will laugh at me” – So? Are you going to let them dictate what you do?

“I will fall off my bike” – You’re wearing a helmet and you are going at a snail’s pace – you’re not going to hurt yourself that bad.

Show them that the worst is really not that terrible. Ease your kid’s fears by letting them face those fears head on – they will see that they aren’t as big and scary as they might first think.

#7: Help Them Have Confidence in Their Unique Identity

Confidence is fostered and encouraged by us, their parents.

When it comes to raising a kid who is not afraid of failure, we have to help them have confidence in who they are. How do we help them build their own confidence?

My husband recently told me, when I was talking to him about a project I wanted to dive in to but was nervous about the process and outcomes:

“You will not be a worse mom for not getting the floors moped or the dishes cleaned. You will be a BETTER mom if you are going hard after something that means a lot to you. Show our kids that you have a fire in your belly, and that you are willing to go for it”

Thank you, Lance. I needed that.

For the Mom Who is Afraid of Failure

Confession: I have a fear of failing.

If it is hindering you from taking action, then the fear is a problem.

But if you acknowledge the fear, say hello to it, and then push forward through that fear — you have won.

And it’s then that you can show your kiddos, those littles one that you love so much, what it looks like to be brave, have courage, and fight past the fear of failure.

If you struggle with a fear of failure yourself, check out John Maxwell’s book Failing Forward. It will change your perspective on the idea of “failure”.

I just stood there and watched as my son tripped over his own feet, over and over again, trying to catch up with his older “friends”.

Because I am not raising a little boy – I am raising my son who will turn into a man.

I want my children to know that they will fail. They will make a fool of themselves. They will run into a brick wall and land flat on their face, with a crowd laughing behind them.

I want my son to run after his dreams – and after his Holy God – with as much gusto as he was running after his friends that clear, sunny day. And I want him to know that he will trip and fall, but what is important is that he gets back up and keeps on running.

So, friend, how are you going to encourage your little ones to fail today?

They will thank you for it later.

About the Author: Kelsey lives in the North Carolina mountains with her two little boys and best friend + husband, Lance. She is a civil engineer turned stay at home mom, who realized being at home all day with little ones was not as idealistic as she originally dreamed it would be! Kelsey blogs at Mama’s Mornings, where she inspires and encourages mamas, like you, to start an energizing early morning routine that brings more meaning, peace, and joy to their life as a mom.

Julie is a mama, wife, and Jesus-lover. A former classroom teacher, she spends her days playing and learning with her son and daughter. Julie is convinced that every mother needs a daily dose of Grace and Truth to become the confident mom she's meant to be. 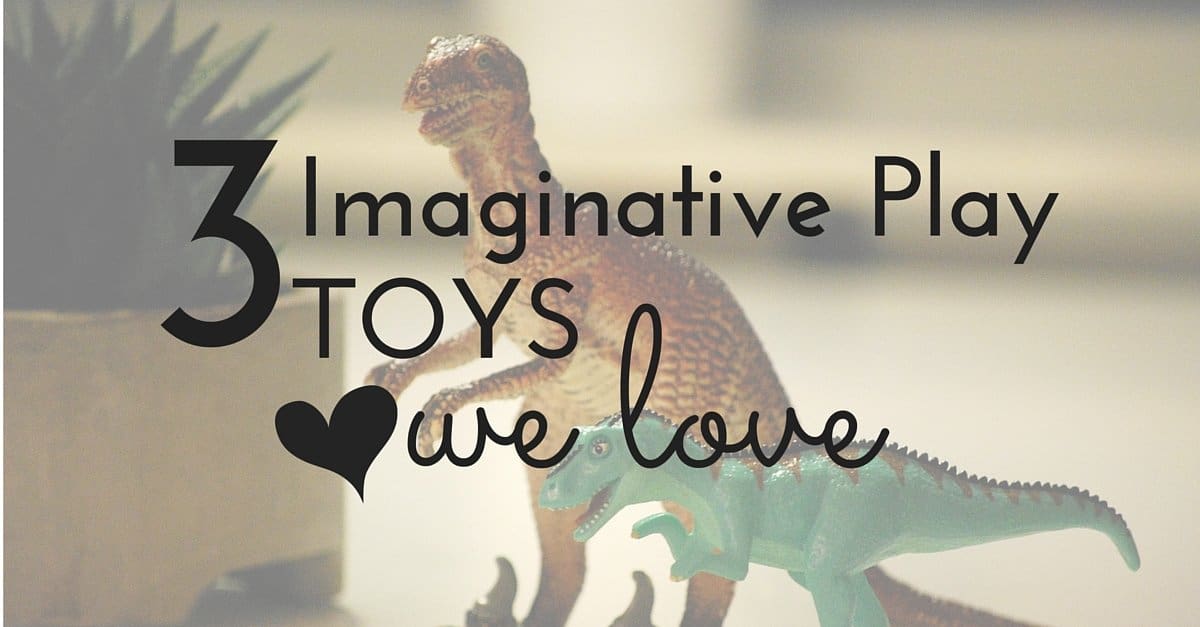 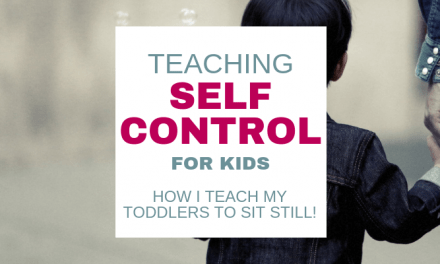 Self Control for Kids: How I Teach my Toddler to Sit Still 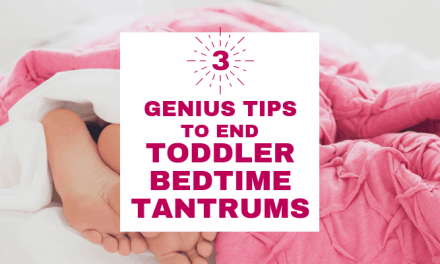 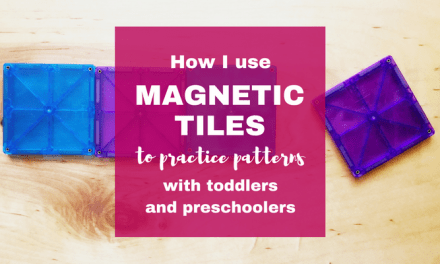 Magnetic Tiles Ideas to Practice Patterns with Toddlers and Preschoolers 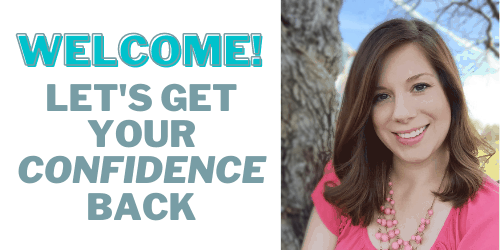 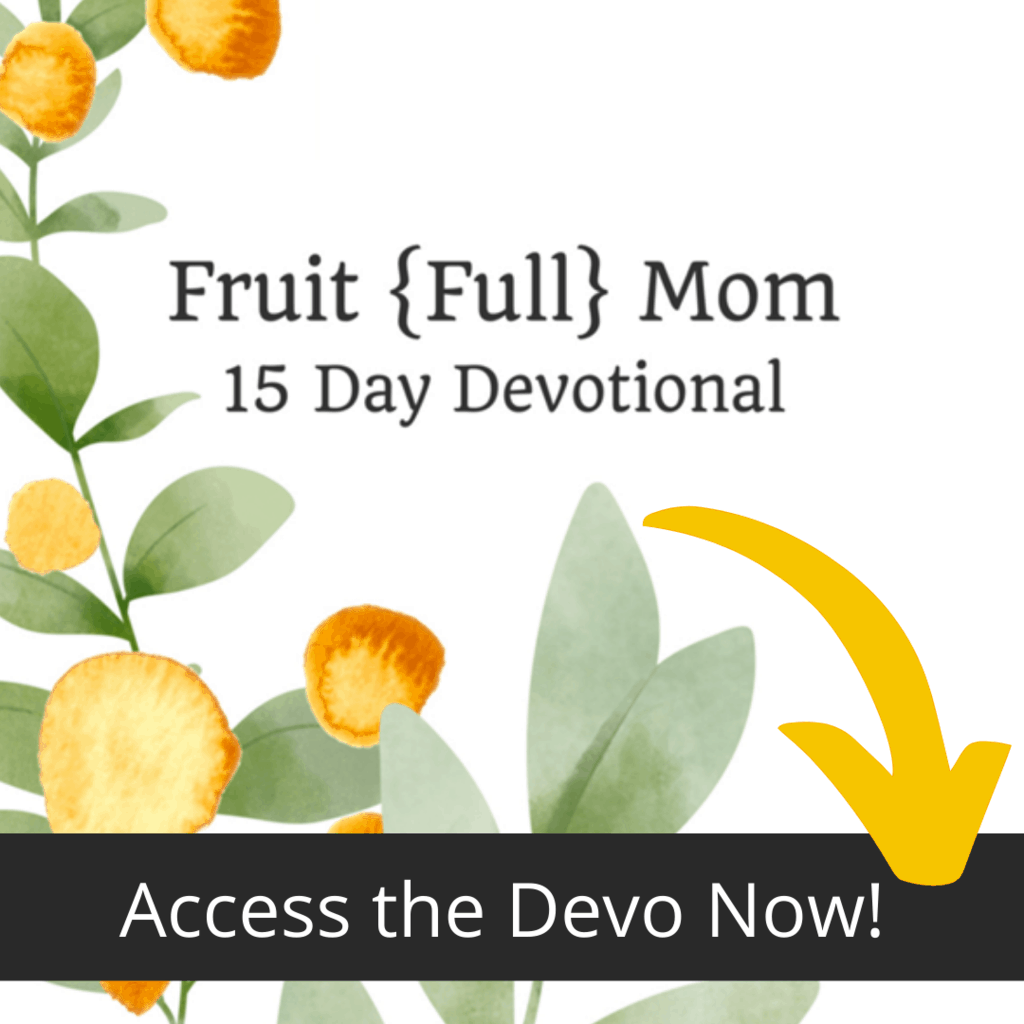